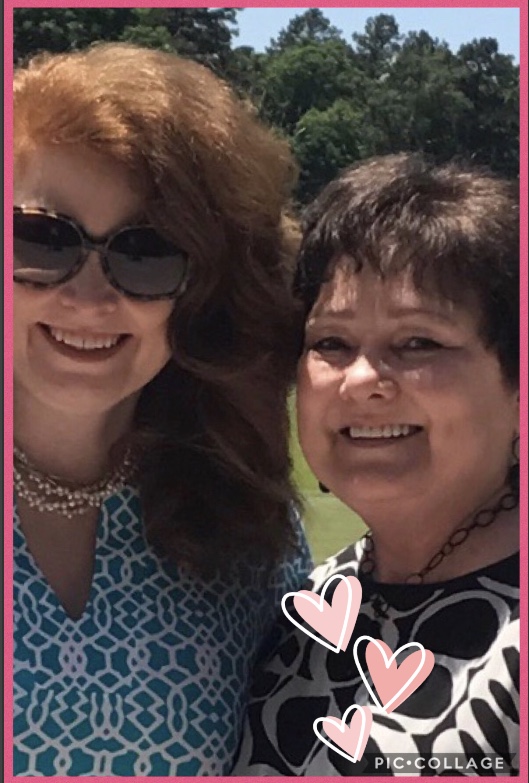 It was in early March when I had my yearly dreaded mammogram.  The doctor said I had some calcifications that were probably nothing to worry about and that I could either have a biopsy (the needle biopsy wouldn’t work because of the array of the calcifications) or I could wait six months and have another mammogram for comparison.  There seemed to be no urgency so I left deciding that I would wait six months.

When I was driving out of the parking lot, I called my best friend Patty in Colorado.  She was a breast cancer survivor and had insisted I call her immediately after my appointment. I told her that I had decided to wait six months.  She quickly told me that I wasn’t waiting six months and that I needed to call the office right back and tell them that I wanted to schedule the biopsy.  Her insistence made me question my initial decision, so I did as she said.  Best friends have your back even when you don’t know you need them.

I had a follow-up appointment prior to the scheduled biopsy for Dr. Abrams to share the procedure along with the possible risks.  As we were finishing up the visit, she asked if there were any other concerns.  That last, and in this case, most important question!  As a matter of fact, there was another little issue, which I thought was most insignificant.  I traveled with my job and the seat belt of the vehicles (rented ones most of the time) was rubbing the nipple of my left breast and it seemed a little tender, dry and scaly.  I have had eczema as long as I could remember, so I thought the dry skin was just another eczema patch like I had often experienced.  I noticed her raised eyebrows as she examined the area.  She off-handedly said that she would also biopsy that area, too.

My daughter is a physician so I was relaying what had transpired and she had twenty questions about how long this had been on my nipple, why hadn’t I told her, etc.   Being a somewhat prudish person, it’s not a topic that I would have initiated because I just thought it was a dry patch of skin – which just happened to be on my nipple.  While we were having lunch, she said, “Now, Mom, if this comes back malignant, just lop them off!!!  It is not worth the risk to your life!”  I thought, at that moment, that was a pretty drastic comment.

When I met with Dr. Abrams to get the results, I had already contemplated the worst case scenario. Although cancer is not my daughter’s specialty, she is an intelligent doctor and I value her opinion.  So I was ready – or as ready as you can be!!!  I wasn’t sure what the news would be, but I thought I was prepared!  My mother was a breast cancer survivor which I knew increased my odds.  When Dr. Abrams said “Paget’s Disease”, I had no idea what she was talking about!  The calcifications were insignificant but the scaly patch on the nipple was a rare type of cancer. Though I had my questions written down, this had thrown my game plan a bit and I shifted to a new set of questions more geared to the diagnosis.  We discussed a mastectomy - and then a double.  When she told me that the odds increased significantly every year of reoccurrence, I didn’t ponder long.  Having a math background with teaching and then sales management, the decision was clear.  I would have a double mastectomy!  Right after I got back from a Hawaiian vacation that had been planned for a year!

Because we found it early, I was blessed with not having to have chemo or radiation.  I had watched my sister with brain cancer and my mother with breast cancer endure those treatments and I felt blessed and relieved. I am so thankful for my friend Patty who didn’t let me put this off, my daughter who knew what the outcome would be and coached me to make wise decisions, and my mother and sister who had both battled cancer and had shown me what it was like to be brave in a health crisis.